Lymphatics wash away b-amyloid | Alzheimer’s Disease Can Be Reversed 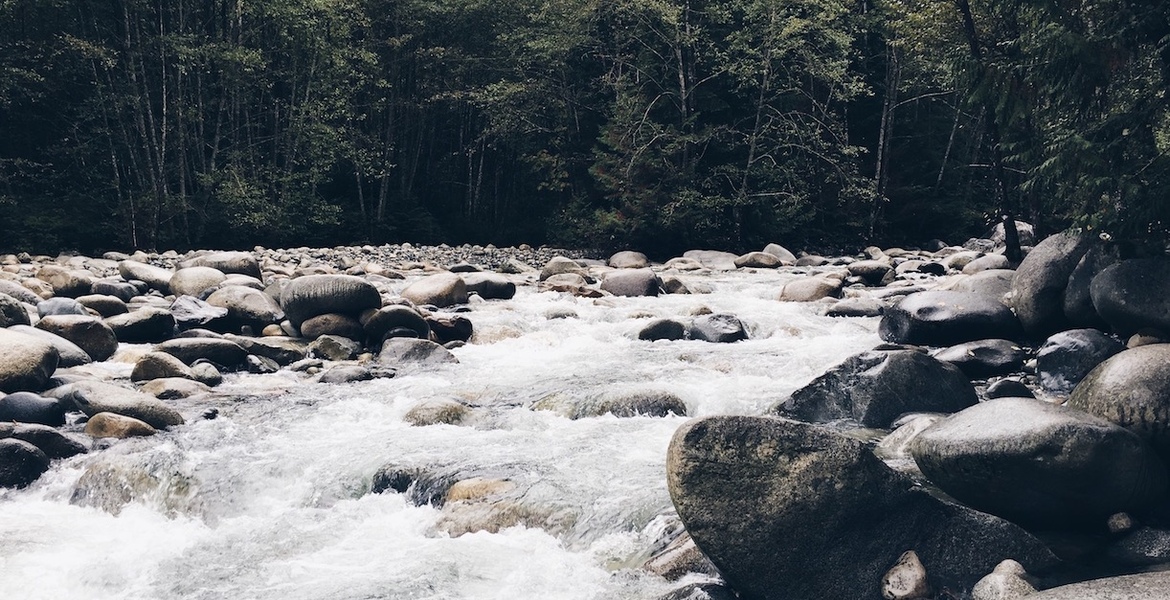 And as we were recently meeting with some American doctors and scientists, they said, “We just need Russia’s research translated into English.  We know that what is new for us, you have been working on for decades.”

A 2018 National Geographic article is titled “New Human Organ Was Hiding in Plain Sight” and then goes on to state, “The interstitium, scientists found, is under our skin and between our organs.  Understanding it may eventually help treat disease.”

The good news is that we saw this organ “hiding in plain sight” here in Russia even during Soviet times, and Professor Garyaeva and the Lymphatech Clinic have been researching. Since it’s already in many ways understood, this know-how is already being used to treat disease.

Of course, based on this knowledge coming out of decades of research, we now have extensive and positive experience in treating arthritis, atherosclerosis, lymphedema, and more.  Yes, for us, these types of treatments have proven to be repeatedly useful. For example, we remove plaque from the arteries through a series of injections (no surgery or statins!), not because of magic, but science. But how could we treat what is considered impossible, such as a patient with Alzheimer’s?

In 2014 we did not capture Mikhael’s face on camera. He was not supposed to stay around any longer than two weeks. His was one out of millions who had that angry form of dementia called Alzheimer’s disease. A 64-year-old mariner and engineer came down to Perm from another region to visit her cousin. She was a brilliant biochemist and our consultant on some severe issues in lab diagnostics. One day, while meeting with this biochemist about some lab data, we happened to meet Mikhael. 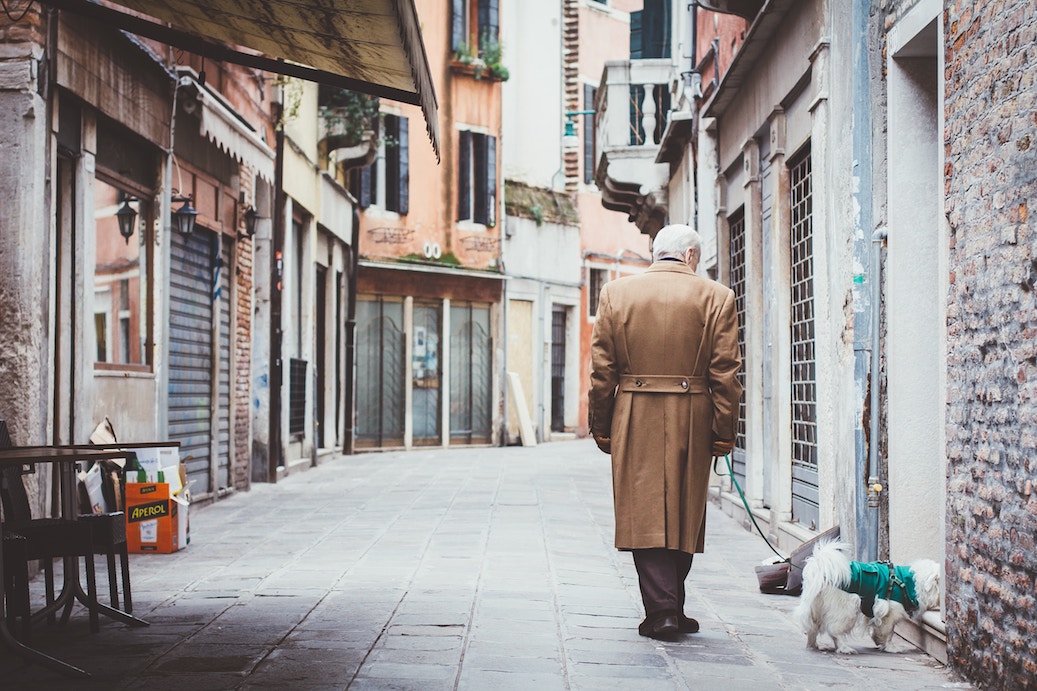 Faces are blurred in one“s mind when Alzheimer progresses

Mikhael was not very social in the way we usually understand it. He spent the whole evening at the table, smiled when we smiled and looked severe enough when we debated about the lab results. However, he did not say a single phrase. He dropped his spoon when the soup arrived. Then again. And again. Our friend admitted her brother had been struggling with mental problems for quite a while.

Dr. Igor of the LymphaTech Clinic was with us at that meeting, and we decided to conduct the necessary tests straight away. It was apparent the disease had already progressed significantly. Misha was not very fond of medical tests, so no one did the MRI. Moreover, his local GP and neurologist did not believe in any treatment options except family and friends supporting efforts. After negotiating with his sister, we decided to proceed with the treatment.

What happened to Misha?

As scientists and doctors who had spent 35 years in lymphology and morphology, we grabbed the pure chance. Alzheimer’s disease means the accumulation of b-amyloid in the brain tissue is associated with destroying the neuron connections in the brain that leads to a decrease in motor functions, mental abilities, and memory loss. So we need to get the b-amyloid out of the brain tissue. Moreover, the lymphatic system performs immune surveillance, so it could have helped to break apart the conglomerates of b-amyloid. 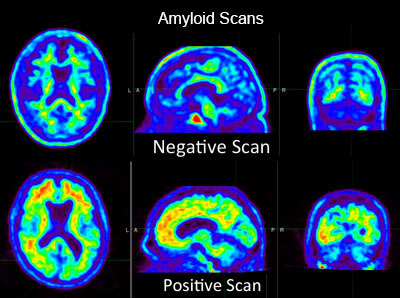 Accumulation of b-amyloid in the brain seen on scans. https://radiology.ucsf.edu/patient-care/services/specialty-imaging/alzheimer

There is only one system in the body that was designed to get things out called the Lymphatic System. The lymphatic system drains out all the rubbish from the tissues, including bacteria, cancer cells, and b-amyloid. Thanks to the interstitial spaces between the cells, those substances achieve lymphatic capillaries, and then lymphatic vessels transport them to the lymphatic nodes. So the lymphatic system can stand for the person and fight against accumulation of the b-amyloid. 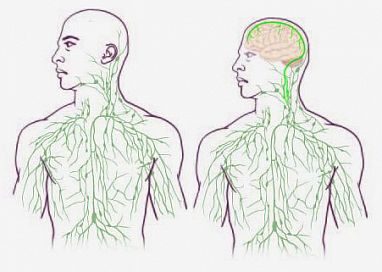 When we started treatment for Misha in 2014, most scientists believed that there was no lymphatics in the dura-mater (left picture). Source: https://www.nih.gov/news-events/nih-research-matters/lymphatic-vessels-discovered-central-nervous-system

The problem was in 2014 that 98% of all doctors across the globe believed there was no lymphatic system neither in the brain nor in the dura mater - a meningeal that surrounds the brain. It was so widely accepted and mistaken that only venous system drains the extracellular space of the parenchyma. The common agnostic stereotype cracked when a group of scientists on 1 June 2015 published in Nature an astonishing postulate that the lymphatic system actually exists in the brain, and sometime soon, neurologists will launch new hypotheses about neural disorders treatment. It happened in 2015 to most of the world. But not to us. 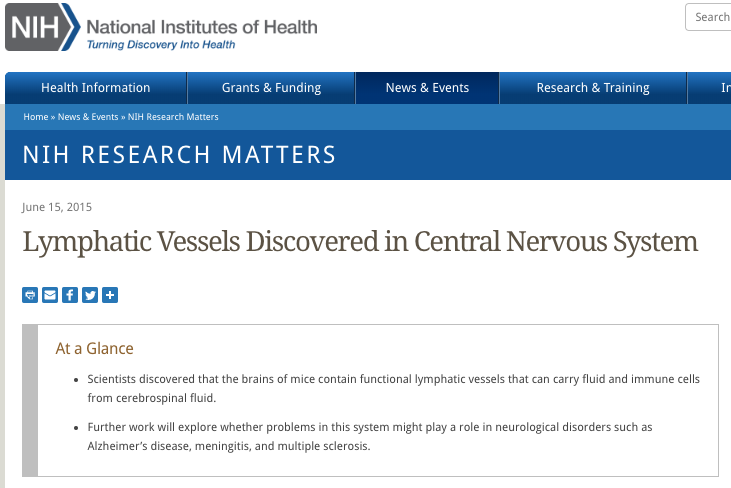 Fake news about the discovery of the lymphatic system in the central nervous system. It was discovered long before American scientists.

Our team knew it long before. Let us go back ten years to 2005. Our small group lead by Dr. Nadezhda Gariaeva launched a new study which was conducted by our neurologist showing clearly by electronic microscopy the cells of lymphatic capillaries in dura mater of a tiny baby. Moreover, we showed that in early age, there were no arachnoidal granulations at all, meaning that that was the lymphatic system only that did all the job draining the tissues. Long story short, we showed that lymphatic system existed where it should be - in dura mater. Moreover, other scientists also have demonstrated it by that time. 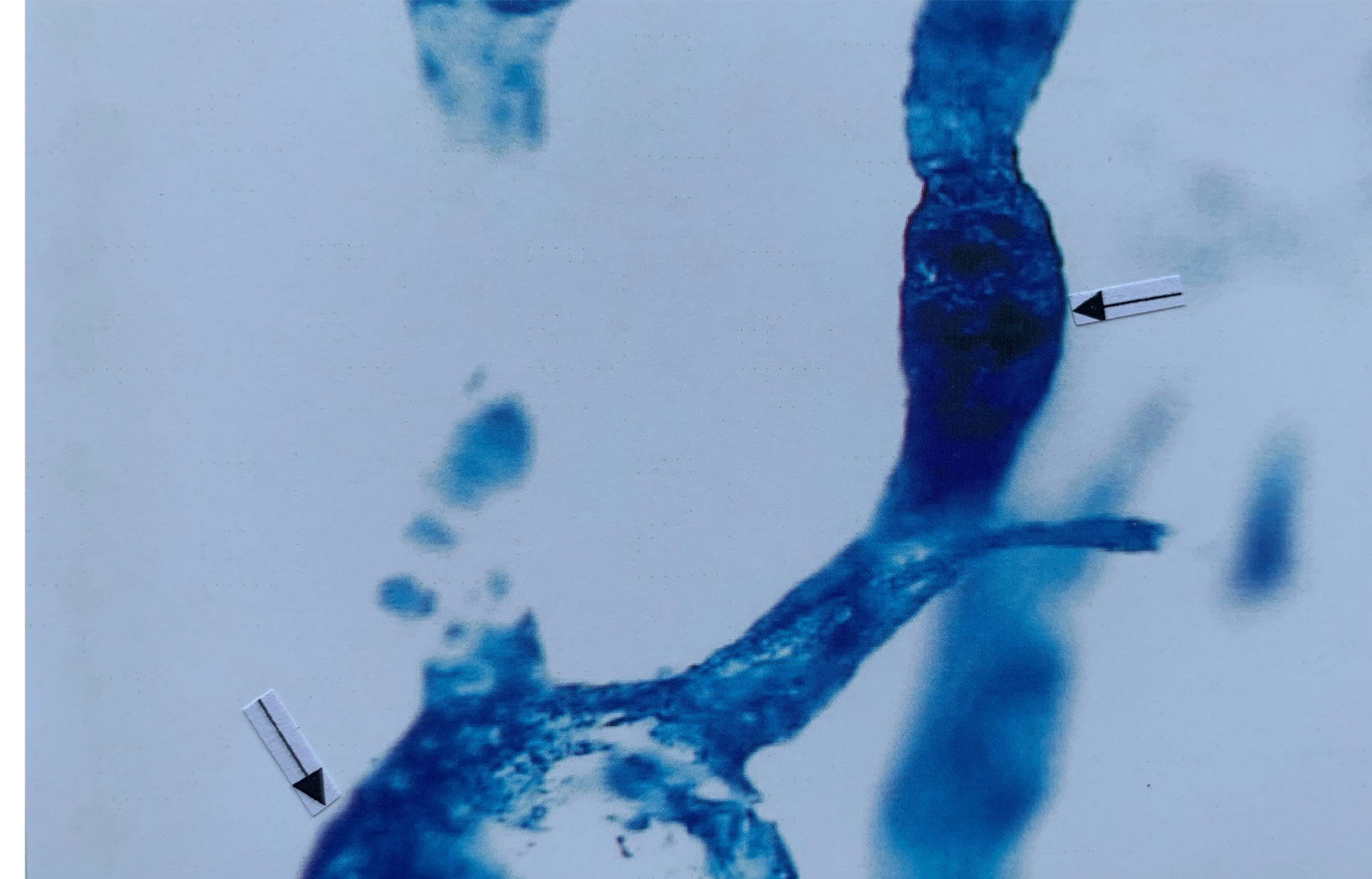 Blue dye injection colored lymphatic capillaries in the dura-matter, and we then saw it with a microscope (Dr. Nadezhda Gariaeva team, 2005).

We were ready to fire our lymphotropic therapy targeting the brain, its lymphatic system, including the deep lymphatic nodes of the neck.

What happened to Misha?

Misha finally agreed to get the shots in the neck. The injections are called lymphotropic treatment. Another word is indirect endolymphatic treatment. We have been developing for almost 40 years now. In this case, it was a cocktail of 3 to 5 drugs that no-one use the way we did it. 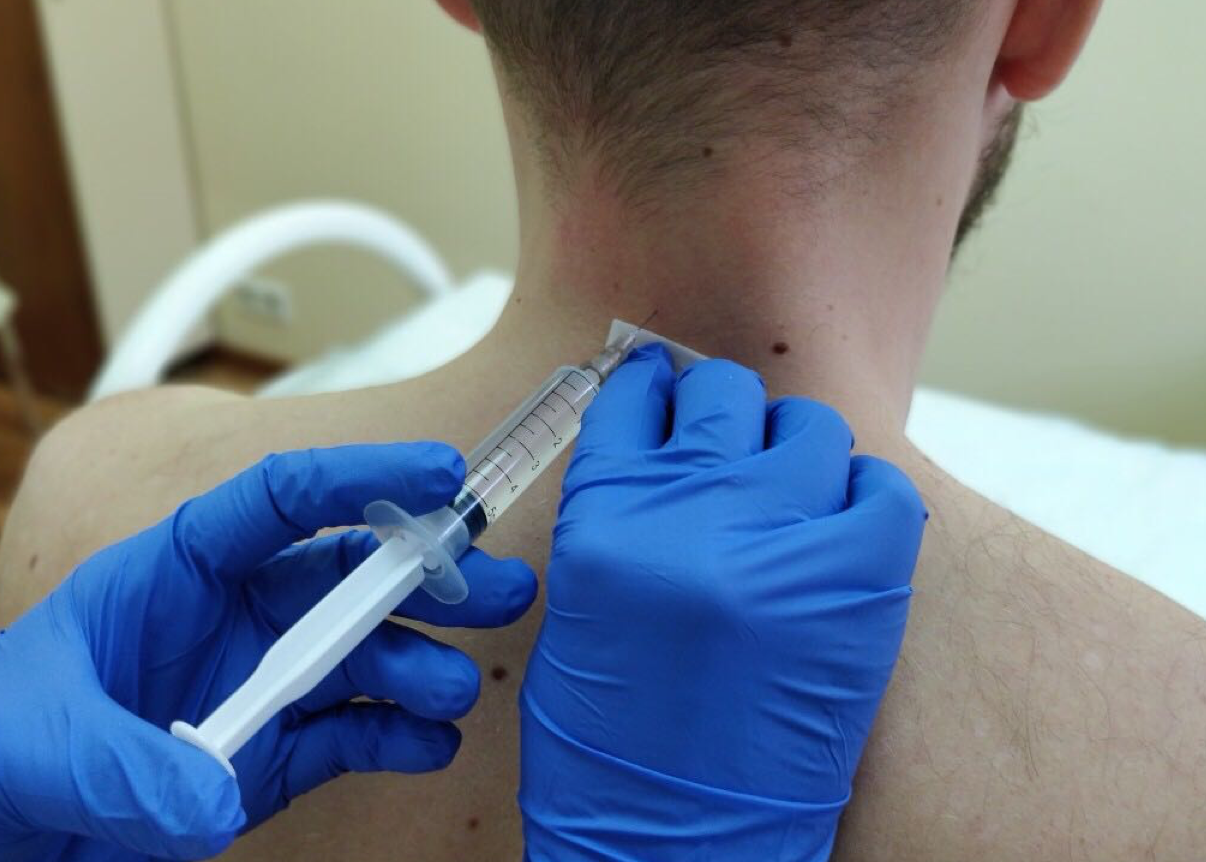 A physician performs lymphotropic subcutaneous injection of drug combination in the region of the neck in Lymphatech.

We inject the drug-mix into the area of head & neck lymphatic region where the deep cervical lymph nodes are located. These are the tiny control centers that influence what happens in the brain a lot.  We started carefully with daily injections and thoroughly estimated efficacy. At first, nothing significant happened. But we know it takes time that subpopulations of the lymphatic node’s cells change and adapt to our influence. At the same time, it takes time for the lymphatics to boost its function. 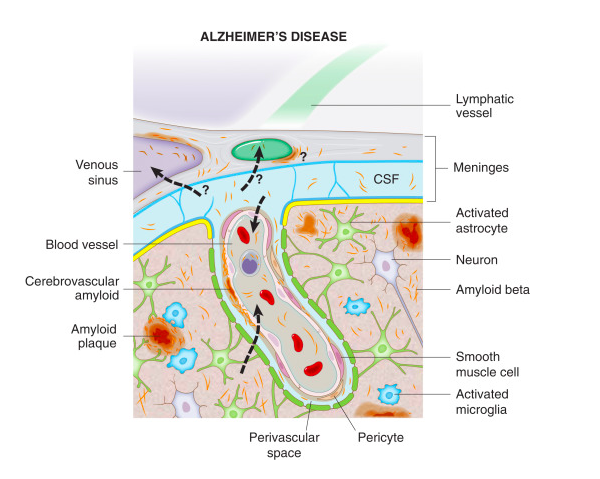 Scientists started to duplicate our hypothesis on the relation between Alzheimer’s disease and lymphatics. https://www.sciencedirect.com/science/article/pii/S0896627316305207

By the end of the second week, the Misha began to improve: we noticed that his hand movements were less ragged and android-looking and walk became less shaky and more stable. Day by day, we were not even sure it is us who made progress, but the symptoms spoke for themselves. By the end of our three months of treatment, he was cheerfully telling the story of his former adventures. He was able to finish his borsch on his own, not splitting a single drop.

We did not capture Misha’s face on the camera. But we remembered his smile when has left us and promised to come back in three months and tell some more adventures. He never came back. His sister regretfully said that no-one proceeded with his treatment back home.

P.S.: We intentionally went short, describing the process and hiding the specific drugs. Many will scream that we need to conduct a clinical trial first, and single cases mean nothing significant. We bet the claims сome from people who never cared about the person with the disease. We believe that if that fundamental aspects of the lymphatic system work universally once you stay logic and deeply groundedю

How can we help you?

Regardless of your health need we are ready to listen carefully and provide real solutions. Please fill out this short form and we will be in touch soon.

Susbcribe to The Lymphatech Link